At last – A brand new book about the wines of Languedoc-Roussillon!

I can hardly believe that it is almost 6 years (April 2010) since I published this blog post, concerning my good friend Peter Gorley's quest to find funding for the second edition of his book, Gorley's Guide - The Wines Of Languedoc-Roussillon. Even at that time, a good many years had passed since any sort of comprehensive book had been published about this wonderful - and still rapidly evolving - wine region. Rosemary George's seminal book The Wines of the South of France: From Banyuls to Bellet was released in 2001, followed by the first edition of Gorley's Guide in 2002. But since then, nothing of any real substance has come along to assist those who are interested in searching out the region's sheer wealth of new and dynamic wine growers that have appeared in the intervening period. There can't be many world class regions that have suffered such a dearth of new or topical reading in that time, let alone one which many of its proponents (of which I am obviously one) consider to be currently the single most dynamic and varied wine region on the face of the planet.

During that time, things have changed in so many ways – almost all for the better – with huge advances in the quality of the wines produced, fuelled in no small way by an influx of young, dynamic, quality-minded winemakers, who in turn have raised the bar for the older growers and the farmers who have gone independent, following the demise of the previously dominant wine co-operatives. In short, lovers of Languedoc and Roussillon wines have never had it so good. As I have said above, I honestly believe that the region is now the most dynamic in the world of wine,  producing wines of just about every style and colour imaginable, at unprecedented levels of quality – and of course prices to suit every pocket.

I hardly need tell you that, since I first highlighted his work in 2010, Peter's journey towards (self-) publication of the second edition of his book has been long and arduous. I believe he did eventually manage to obtain a modicum of help - though seemingly more moral than financial - from one or two of the region's promotional organisations, but still not enough to finance a physical/hard copy book - yet.

However, I am so happy to announce that it has finally been published in iBook form. And having been given a sneak preview, I can confirm that Peter Gorley – The Wines And Winemakers Of Languedoc-Roussillon has been well worth the wait. 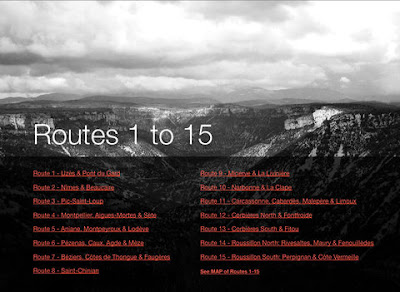 And although the project originally had a working title of Gorleys Guide II (or GG2, as Peter called it) this is effectively a completely new book, bearing only a passing resemblance to the much smaller (and sadly out of print) "GG1".

At around 450 pages, with 15 chapters or “routes”, covering no less than 500 different growers, it is a comprehensive and beautifully illustrated guide, with useful maps and stunning photography, not to mention plenty of tips on what to see, where to eat and - bien sur - where to find the best wines. 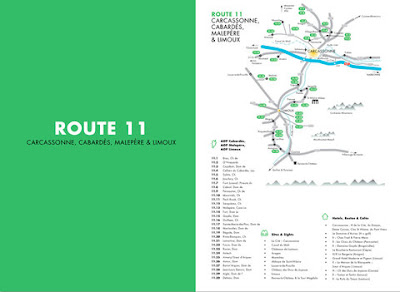 Contact details and addresses (and website links, where available) are provided for every one of the 500 featured growers, with biographies and tasting notes ranging from a few lines to a couple of pages. The book is the result of a decade or so of hard graft on the visiting, tasting and writing trail, which has been translated beautifully and affectionately by Peter Gorley into a truly comprehensive guide. Indeed, a true Pièce de Résistance, and one which every lover of Languedoc-Roussillon, both aficionado and novice alike, should cherish. 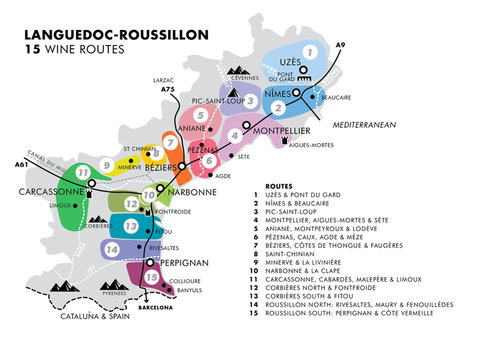 Peter Gorley – The Wines And Winemakers Of Languedoc-Roussillon is now available in the iBooks Store, at a bon rapport qualite-prix of just $15.99 / £12.99. For those who have yet to succumb to the joys of Apple technology, a version of the book in pdf format is also available at the same price, via Peter's website.

I should point out that, although Peter and I have become good friends over the last few years, I myself have nothing to gain from the promotion of his book – apart from the warm glow of having received an honourable mention in the Acknowledgements section and a few name-checks in the various grower profiles(!)
Posted by Leon Stolarski at 18:56 6 comments: