Terre Inconnue - finally, they are here!

Robert Creus (pronounced "Cruise"), works for the French Chamber of Commerce. He is actually an experienced scientist, having been heavily involved in the Ariane space rocket programme. Whilst continuing in his main career, he also began making some wine in 1997, having bought some old Carignan vines. He has since added Grenache, Syrah, Serine (a northern Rhone variant of Syrah) and a little Tempranillo, all in excess of 30 years old, in several small plots near the villages of Saint-Christol, Saint-Geniès-des-Mourgues and Restinclières. One plot of Carignan is in excess of 70 years old (see the picture below). The total area under vine is just 4 hectares - and with yields of between 10 and 25 hl/ha (depending on the vineyard), it doesn't take a mathematician to work out that there isn't much wine to go around.

The work in the vineyards throughout the growing season is minimal, aside from a certain amount of green harvesting (resulting in just 4 or 5 bunches per vine) and no treatment (organic or otherwise) are used. Robert employs a dozen or so amateurs for the grape picking, at a rate of around 1.6 tonnes per day. He says that the harvest is "sober until noon, but after that I can guarantee nothing"(!) Around 80% of the grapes are de-stemmed, and maceration/fermentation lasts for between 3 and 5 weeks. The use of sulfites is minimal, with just 5 mg per litre added before fermentation, and none thereafter. The free-run wine is then mixed with the pressed wine and placed into old oak barrels and aged for 2 years. The finished wines are then transferred to tanks for at least 2 weeks to settle, protected by nitogen, after which they are bottled without fining or filtration. Although Robert's farming and winemaking principles are essentially biodynamic, his day job dictates that he bottles when he has the time, irrespective of the prevailing atmospheric pressure or phase of the moon.

TLD and I actually first visited Terre Inconnue in the summer of 2010. Having heard so much about the wines (and having recently tasted a 1999 Carignan, which was pretty amazing) I was very keen to taste the whole range. Unfortunately, Robert was working on the day we visited, so his father Lucien received us at his house in Saint Seriès. Although Robert makes the wines, Lucien himself has more than a little involvement in Terre Inconnue. Indeed, he no longer has room in his garage for his car, since it clearly comprises part of the Terre Inconnue wine store! Lucien is a charming old man, with a real passion for the wine, not to mention a real zest for life and a wicked sense of humour.

Ever since that visit in 2010, we had been trying (but for a variety of reasons failing) to secure some of these wines for our list.Fast-forward to the summer of 2013 and we were invited to a tasting of a variety of wines, including several Terre Inconnue wines, at the house of Mark Ratcliffe, a friend and associate of Robert Creus who has a house in a nearby village.

Once again, Robert's work schedule meant that he could not be at the tasting - but a flurry of correspondence with him at the beginning of 2014 eventually led to him offering us a few cases of several different cuvées! And now we have our proverbial foot in the door, we hope to be able to secure more Terre Inconnue wines in the future.

Since Terre Inconnue is essentially a "garagiste" operation, all of the wines are labelled as Vin de Table - mainly because Robert and Lucien cannot be bothered with the bureaucracy involved in applying for appellation controllée (or even vin de pays) status for their wines. Vin de Table is (at least, in theory) the “lowest” denomination possible for wine produced in France. Indeed, until recently, it was not permitted to even show a vintage on the label, although Robert got around that problem by including a code (for example, L:2005) in small print in the bottom right-hand corner of the labels. This no longer poses a problem, as the vintage can now legally be added to the label. Not that such a humble denomination is any indication of the quality of the wines, for although they are not cheap, these are some of the most expressive, concentrated and finely-crafted wines you will find anywhere in Languedoc. Can we sell them? Who knows - but we'll have a damn good try. And if all else fails.... TLD and I will be more than happy to drink them ourselves!

Here are my notes for the wines we have just imported, all of which are now available to buy on our website... 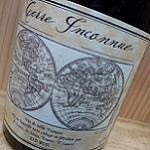 The wine without a name(!) 100% old-vine Grenache, described by Robert as a "cuvée oxidative". And on first opening, there is perhaps a slightly oxidative quality to it, but it opens-up in double quick time to reveal an impressive array of aromas and nuances - a mix of crystallised and baked red and black fruits, freshly-baked bread, polished leather, meat, sun-dried tomato, incense, curry spices and damp earth. Indeed, over the course of a couple of hours, it grows yet more complex, as does the palate, which is crammed full of fruit, spices and herbs, rich and warming, with fine, soft tannins and plenty of acidity, making for a powerful but supremely balanced wine. A perfectly mature wine, and a brilliant introduction to the Terre Inconnue style - and because we were able to get some for not much money, so can you! £11.99 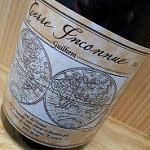 Carignan, Grenache, Tempranillo and Merlot. Despite the seemingly eclectic blend, the nose is classic Carignan - intense aromas of soused bramble and raspberry, fresh bread and aromatic herbs, with evocative sous-bois notes, like a funghi-filled autumn forest. The advertised 15% abv is in this case just a number, for it feels more like 13% - the palate is tremendously fresh and vibrant, with a combination of ripe red and black fruits, fine tannins and mouth-watering acidity making for a wine of real balance and not a little elegance. It's lightness of touch really is a very pleasant surprise, and whilst the finish is underpinned by a gentle warmth and spiciness, it remains fresh and juicy to the very end. A fine, complex and delicious wine, and yet another which demonstrates what old-vine Carignan is capable of, in the hands of a skilled vigneron. £17.95 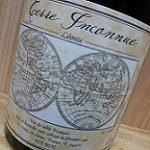 100% Carignan from 100 year-old vines. A wonderfully expressive and fresh nose, crammed full of red and black summer fruit, spice, mint and blackcurrant leaf aromas. And with the benefit of several years of evolution, it has developed complex secondary notes of polished leather/wood, smoking incense, damp earth and all manner of other things. And if you are (like me) a bit of a Musar freak, then you will love this, for it has that unmistakeable whiff of volatile acidity, which gives tremendous lift and definition to the fruit. It really is very evocative and alluring! The palate is a charismatic and quirky mix of fresh bramble and currants (of both the black and red varieties) and deep, rich fruitcake and preserved fig flavours, wrapped around a core of intensely juicy acidity. And with a firm but ripe tannic structure, it is a wine that is good to drink now, but also has the stuffing to age and evolve for at least another 10 years..... if, that is, you can resist drinking such a delicious and mouth-watering wine! A Languedoc classic. £22.50 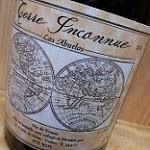 100% old-vine Grenache. This wine is a complete enigma, and one that (were I to taste it blind) would have me all over the place. With notes of preserved/crystallised redcurrants and raspberries, polished old wood, garrigue herbs and leather, it does have some of the traits that you would expect from Grenache. Conversely, it has a lightness and freshness - both in terms of appearance and aromatically - that would put me somewhere much further north, perhaps even in Burgundy, with lifted notes of tea, violets and roses making for something really quite elegant and delicate. Which I suppose is not too fanciful, since I have occasionally heard Grenache (especially from very old vines) described as the "Pinot Noir of the Languedoc". And this wine illustrates the point almost to an extreme, for the palate is even more Pinot-like than any Grenache I have ever tasted, with redcurrant and red cherry flavours to the fore, a hint of strawberry sweetness lurking at the end. A core of fine but firm tannin and the most amazing rasp of cherry/citrus acidity carries the fruit all the way to a long, bitter-sweet and totally mouth-watering finish. As for the advertised 15% abv on the label..... well, I am flabbergasted, for it feels for all the world more like 13% or less. This wine might not be typically Languedoc - in fact, it is almost as far removed from the template as it is possible to get. Indeed, the style is not even typical for this estate. But if you have an open mind - and perhaps even a love of fine Burgundy - then you will love this! £29.50 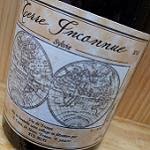 A 50/50 blend of Sérine and Syrah. Sérine is (depending on where you look or who you read) either a particular clone of Syrah or - more likely - the original Syrah, from which other clones were developed. Either way, it seems that many of the Northern Rhône's greatest red wines are based on the Sérine variety and, having become almost extinct in the second half of the 20th century, it's cuttings are now highly-prized by the best growers. And whilst it may still be a relatively rarity in the Rhône, it is even more so in Languedoc, especially old vines like those of Terre Inconnue. Yields for this wine are miniscule, at an average of just 10 hl/ha, and it shows. The colour is deep and concentrated - as is the nose, which at the same time exudes freshness, with notes of violets and cherries, bramble and leather, infused with garrigue herbs and exotic spices, a fleeting hint of coffee grounds and a refreshing streak of volatile acidity. The palate grabs you from the off, with fine, grippy tannins and bright, fresh, mouth-watering acidity, combining seamlessly with dense, ripe red and black fruit flavours. With time in the glass, it develops notes of fresh bread, mint and oregano on the nose, with more in the way of red fruit flavours such as cranberry and redcurrant. It is still relatively young, but supremely balanced and already deliciously drinkable, with a persistent finish. You can drink it now, or age it for another 10-plus years. Either way, it is a fine, complex and compelling wine. £33.95
Posted by Leon Stolarski at 13:02 2 comments: